Since 1987, March has officially been Women’s History Month and the Oak Park Arts District celebrated with the 6th annual WOW! Women Owned Works event on March 19 to promote women-owned businesses in the district. Here are some of their stories:

As a student at Oak Park-River Forest High School, Caty took a career aptitude test that told her she should consider becoming a teacher, a nurse, or a therapist so she secured a volunteer position at West Suburban Hospital and discovered that she loved physical therapy. College and career took her to other parts of the Midwest, but 25 years later, Caty returned to Oak Park and opened Centre Physical Therapy at 207 Harrison Street in 2018.

Caty, who has been a physical therapist since 1996 and has worked in outpatient orthopedics since 2003, decided to take the leap into entrepreneurship for three reasons. First, in her last job, Caty’s patients were coming to her based solely on referrals. “I was bringing business to my employer and not the other way around,” she says. Second, her patients encouraged her to strike out on her own. “It really resonated with me when one of my patients said, ‘You can’t swim unless you jump out of the boat.’” And finally, with over 20 years of experience, it seemed like the right time to open her own clinic. For more information, visit www.centrephysicaltherapy.com.

Gigi discovered her passion for acting in college and has been teaching theatre for more than thirty years. In 2009, she founded The Actors Garden which is currently located at 909 S. Lombard Avenue. Gigi chose the name of her business because her philosophy is that, “It’s not my goal to produce Broadway actors but to develop audience members who understand what it takes to put a production together. It’s about planting the seeds of interest.”

While The Actors Garden offers classes and workshops throughout the year for both adults and children, it is their summer camp that really helps to lay that foundation. A unique aspect of the program is that the productions are original works by Gigi’s husband, Dave Hudson, who is an award-winning musical writer. Now thanks to their collaboration, The Actors Garden summer camp rotates through seven different musicals that have been written by Dave and are customized to Gigi’s needs. “The seven-year rotation is perfect for us because our campers range in age from 8-15 so that’s the typical length of time that they spend in our program.” And each child has an opportunity to speak, to sing, and to dance. “They all have a moment in the spotlight,” says Gigi. For more information, visit www.theactorsgarden.com.

Stacy first studied French in high school but didn’t decide to make it her life’s work until she was an undergraduate at the University of Illinois and realized that teaching French at the college level was a viable career path. “My love of French and my passion for social justice and human rights came together and that’s how I became a Sub-Saharan African Francophone literature specialist.”

After earning her Ph.D., Stacy taught for fifteen years at different universities. Her most recent position was at the University of Illinois at Chicago, but the uncertainly that came with being a non-tenure-track professor was too stressful. “I loved teaching and it was really the only thing that I wanted to do so I had to figure out how to make my own language school work.” She founded L’Institut français d’Oak Park in 2016 and now operates two classrooms at 11 Harrison Street. Visit www.frenchinstitute.net for more information.

Chastity was bitten by the knitting bug more than a dozen years ago when she found a woman on Craigslist who gave lessons in a local coffee shop. Later, she took a class at Chicago’s local yarn convention and became hooked on dyeing as well. In 2019, she realized that she had outgrown her former store and moved to a new studio space at 210 Harrison Street where she offers classes, subscription clubs, and a community dye studio.

Chastity wants her store to be friendly and welcoming and Wednesday Fiber Fun Nights are a part of that vision. Even though they are now held on Zoom because of the pandemic, Chastity still sees an opportunity to create a feeling of community. “I want people to feel like they can sit and talk or not talk and just be together. To feel like they’re a part of something and to get a feeling of calm in a very scary world.” For more information, visit www.dyehardyarns.com.

Tamekia is passionate about serving her community. She is the founder and executive director of the only non-profit of its kind, Styles 4 Kidz at 235 Harrison Street, that provides “Hair Care with Heart” through its two-fold social mission: to create hairstyles that boost the self-confidence and self-esteem of children with textured hair and to teach parents the skills they need to manage their children’s natural hair at home.

Tamekia attended the University of Illinois to study community health and learned how to do hair as a way to support herself while in school. Years later, after a mission trip to Poland, she had a vision of “hairbraiding missions” in the community and the seed for Styles 4 Kidz was planted. Now, more than ten years after its founding, 80% of the families served are transracial adoptive parents, transracial foster parents, or biracial families. Through workshops and one-on-one coaching, these families are learning skills and building a community. “The kids get a cultural connection in the salon. They see other kids who look like them and other families that look like theirs.” For more information, visit www.styles4kidz.org. 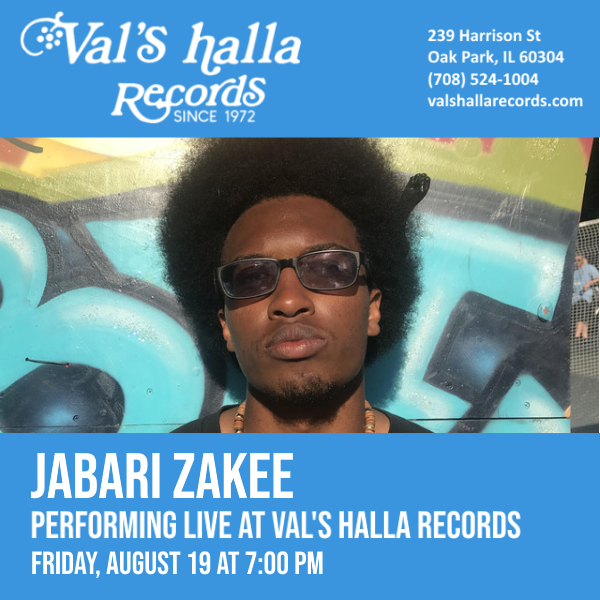 Sunday Aug 19 7pm JABARI ZAKEE with URI, JMoolah & Oxvy.Moron Ready for an amazing night of beats and poetry?  Then you’ve come to the right place.  Val’s halla is excited to

Ready for an amazing night of beats and poetry?  Then you’ve come to the right place.  Val’s halla is excited to welcome Jabari Zakee back to their stage with special guests URI, JMoolah & Oxvy.Moron.  Tickets are just $5.00 and all proceeds will support the artists.  CLICK HERE to get yours. 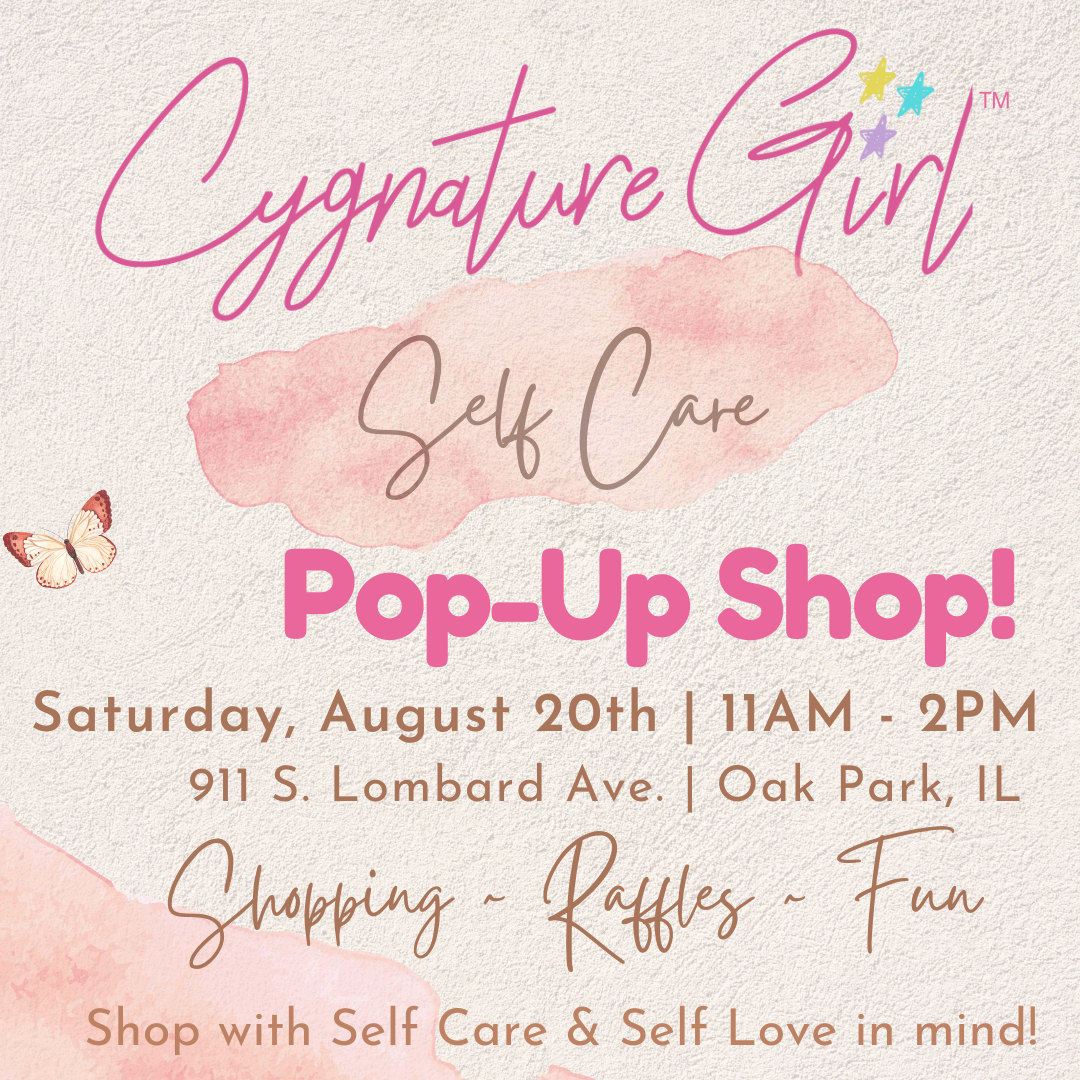 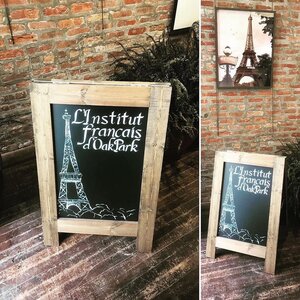 L’Institut français d’Oak Park In-Person Open House Tuesday August 23 5– 8pm No fee and open to all Drop in any time during the open house. Link to event is

No fee and open to all

Drop in any time during the open house.

Link to event is at https://www.frenchinstitute.net/register-for-august-open-house/fqrufqs7zn0io59ihrvwbv3gkzj3ta-pcem6

L’Institut français d’Oak Park Virtual Open House Wednesday, August 24, 7– 8pm No fee and open to all Register in advance to receive the link to the open house and

No fee and open to all

Link to event is at https://www.frenchinstitute.net/register-for-august-open-house/fqrufqs7zn0io59ihrvwbv3gkzj3ta