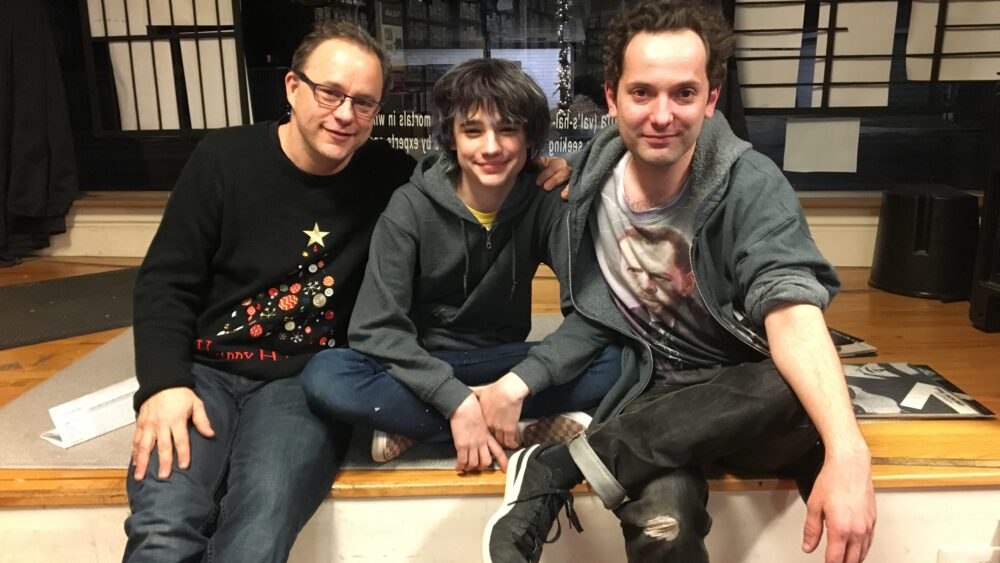 The Buzz on Val’s halla Records

Growing up in Michigan, Shayne Blakeley loved music. He still recalls the Fisher Price cassette player he carried around when he was a toddler and the goofy version of “On Top of Old Smokey” that it played. After moving to Chicago with the dream of owning his own record store, his life took a momentous turn when his banker heard his story and said, “You’ve got to go meet my friend Val.” It was serendipitous timing since two people gave their notice just as he was starting, and Shayne jumped right into full-time employment. “And the rest,” he says, “is history.”

It’s been almost twenty years since that day, and after struggling to keep Val’s halla Records afloat since Val Camilletti’s death in July 2018, Shayne feared the time had come to shutter the business. But another fateful meeting, this time with Trevor Toppen, altered his plans.

Like Shayne, Trevor grew up in Michigan, but their lives have followed very different paths. Trevor studied accounting at Michigan State University and has owned several businesses. Currently, he lives in River Forest with his wife and two sons and works as a turnaround consultant with Kugman Partners.

So what’s the link that brought these two unlikely friends and business partners together? The answer is Jaxon Toppen, Trevor’s teenage son. Shayne had been managing the store singlehandedly for a year when Jaxon came in to browse one day with his mother. She casually mentioned to Shayne how working there would be Jaxon’s ideal job, and Shayne replied that he could really use some help. “I was pretty overwhelmed by that point. Jaxon started working here, and we immediately developed a great rapport.”

Although Jaxon provided some much-needed assistance in the store, Shayne still faced the enormous task of keeping the business financially solvent. “This time last year, things were going really well, but then the first quarter was a ghost town, and it was looking really bleak.” Shayne explained that Val had somehow managed to scrape by every year, but he didn’t realize how bad things were until she passed away, and “he saw how the sausage was made.”

As Trevor came and went with Jaxon and spent more and more time at the store, he and Shayne got to talking about the current challenges. Because of debt that had been carried over from before Val’s death, Shayne was limited in his ability to buy new stock which in turn led to a reduction in sales since there wasn’t much left in inventory. “Shayne’s hands were tied. It’s miraculous to me how long he kept it going,” says Trevor.

But Trevor was inspired by Shayne’s passion for the business, and the longer they talked, the more he wanted to help. “Val’s halla Records needs to exist. Music is hugely important to my family. It’s been the best influence on both of my sons and if I can enable this store to be a part of our community, then that’s what I want to do.”

With Trevor’s assistance, a new company was formed that purchased the assets and name of the old business. The cash inflow to Val’s estate will ensure that creditors get some of the money owed to them, and Shayne and the “new” Val’s halla Records will get a fresh start. This clean slate has enabled Shayne to restock the store with thousands of dollars of new merchandise. “One of the things that makes me so comfortable about partnering with Shayne is that he’s so inherently conservative with money. We went back and forth many times before he felt comfortable placing such a large order,” laughs Trevor.

So far their collaboration is paying off. Sales were up “pretty substantially” over the last two holiday seasons. “People want to shop here and support the store, and I think we’ve done a good job of having inventory for them to buy,” says Trevor.

With the holidays over, they are laying plans to maintain that enthusiasm during the anticipated first quarter slowdown. Shayne’s vision is to pack the stage as often as possible since live music is always a draw. And Trevor described how they are working to partner with other local businesses and are considering having a dedicated School of Rock section in the store—a cross promotion to benefit them both.

Shayne and Trevor are excited about the future and the possibilities of their partnership. “I’ve dedicated almost half my life to this place. This is what I want to do,” says Shayne. And with Trevor’s help, he’ll hopefully be doing it for a long time to come.

Val’s halla Records is located at 239 Harrison Street in the Oak Park Arts District and can be reached at 708-524-1004. They are open Monday through Saturday from 11-7 (closed Wednesday) and Sunday from 11-5. 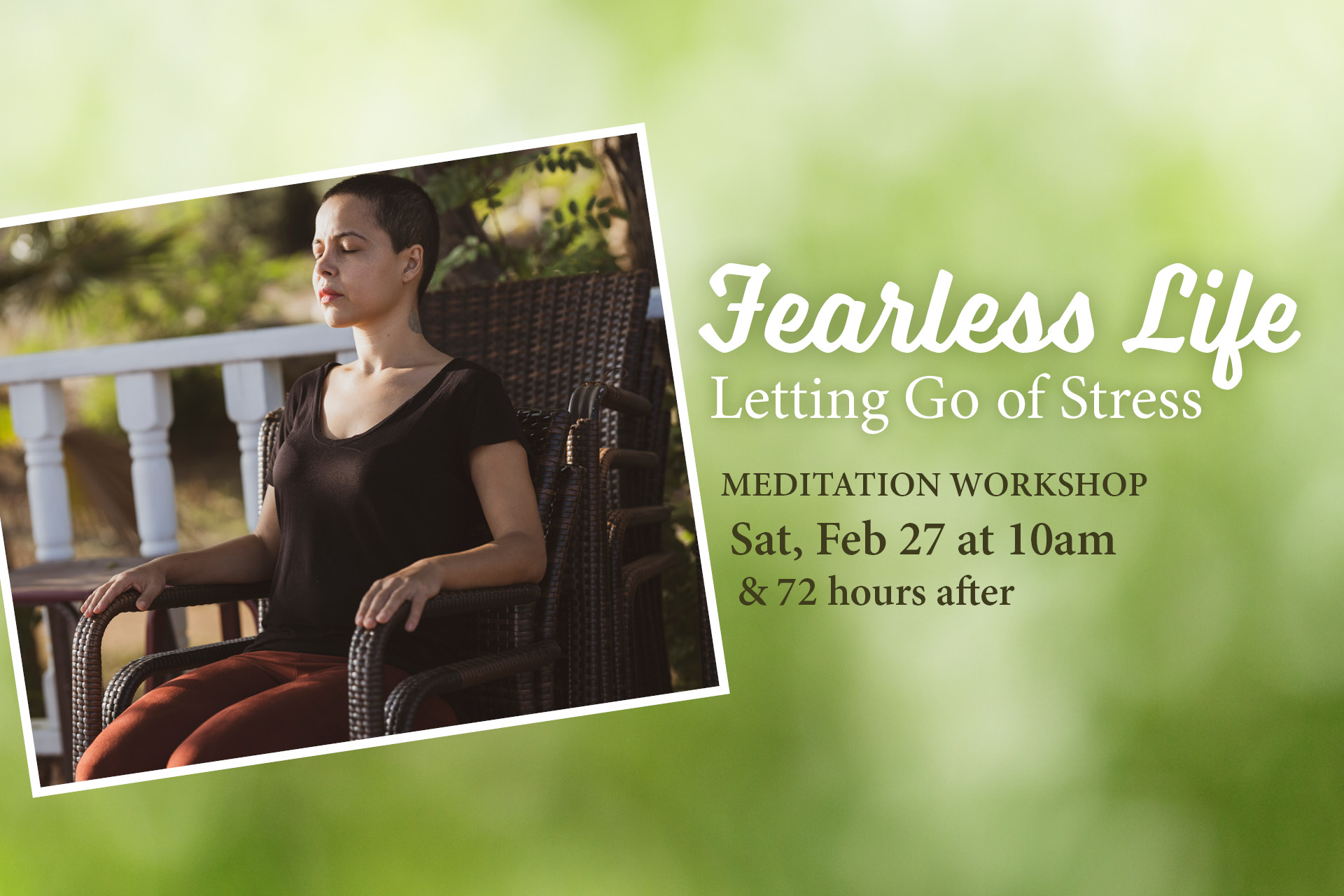 This morning guided meditation retreat provides an ideal opportunity to practice meditations that are effective for reducing anxiety and stress. Learn how to incorporate the peace of meditation into everyday life, regardless of how busy you may be. No previous experience is necessary — everyone is welcome. $20. Available to stream for 72 hours after the event. 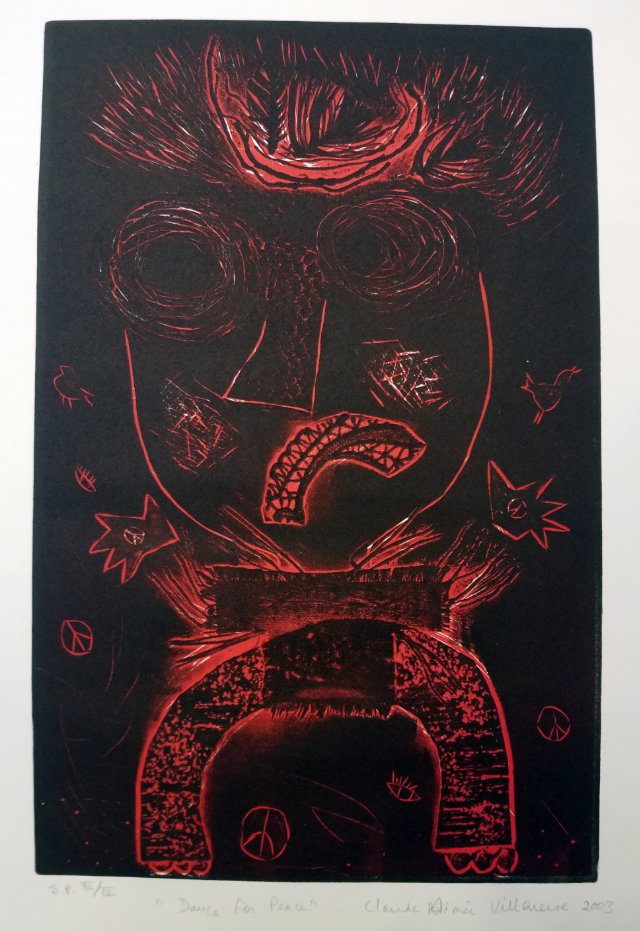 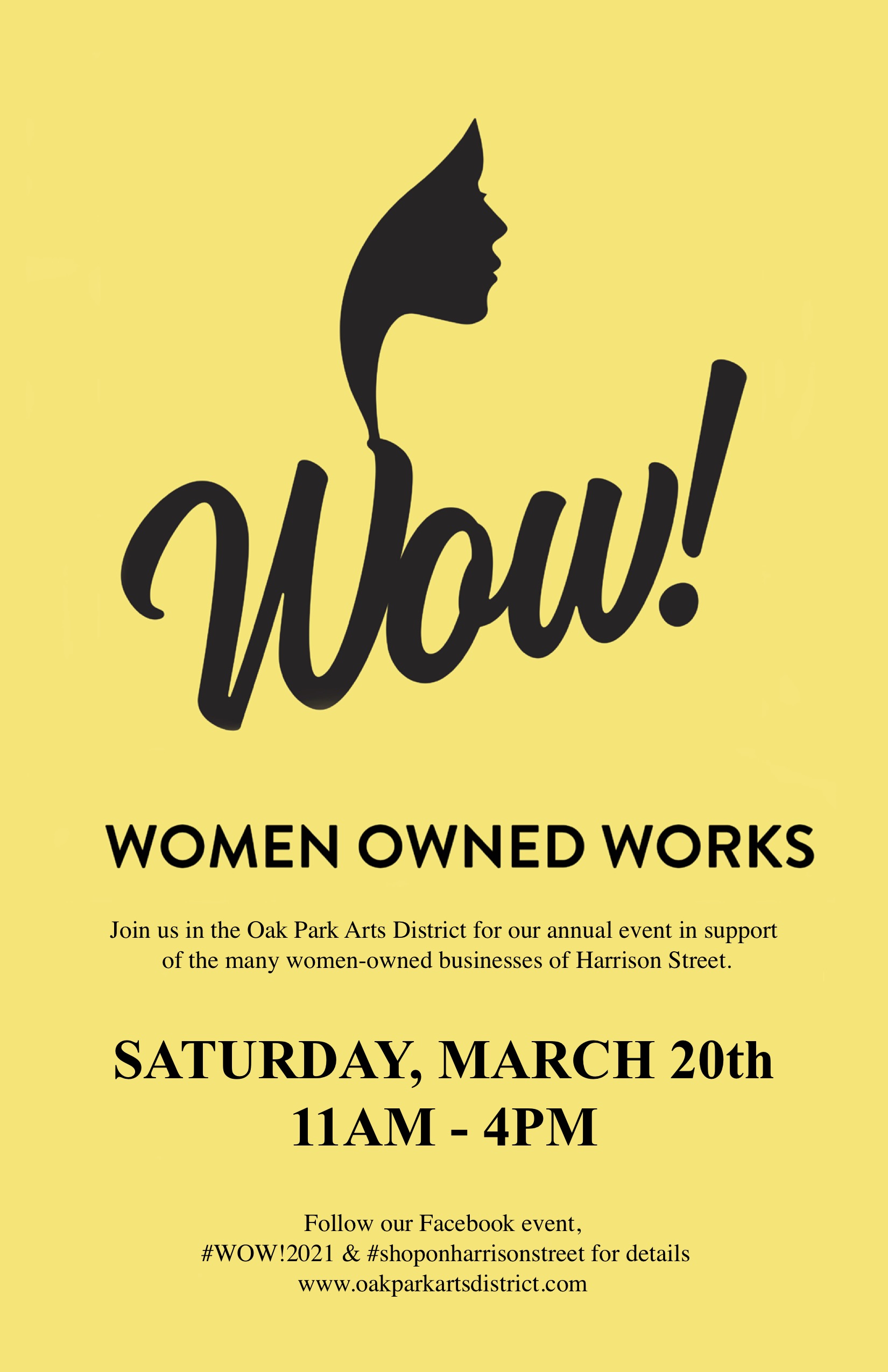 The fourth annual WOW! Women Owned Works will be held on Saturday, March 20th during individual businesses shop hours. Celebrate all of the unique women-owned businesses in the Oak Park

The fourth annual WOW! Women Owned Works will be held on Saturday, March 20th during individual businesses shop hours. Celebrate all of the unique women-owned businesses in the Oak Park Arts District! Follow hashtags #WOW!2021 and #shoponharrisonstreet on your social media for details. Facebook Event info coming soon. Subscribe to the OPAD newsletter for even more information. Look for yellow decorations in participating businesses’ windows.